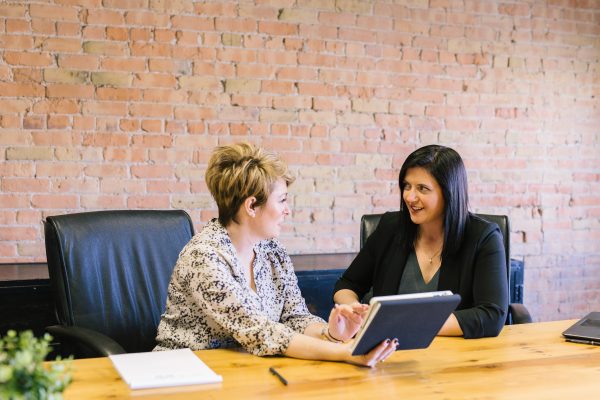 When you do anything in your business, whether it’s sending a follow up email to a prospective client, or leading your team, are you bringing the best energy to the situation for the outcome you desire?

What I mean is, are you stepping fully into leadership energy?

Reflect back a recent business instance that went better than expected or not as great as anticipated. It can be an occurrence that was in-person or virtual.

With that memory in mind, ask yourself:

As much we don’t want to admit it, the energy that we bring to any situation affects the outcome we get.

If you’re having a crappy thought going into a sales call, maybe you think, “I don’t know why she signed up for a consult, I don’t think I can help her get where she wants to be,” you aren’t going to nail that call. You won’t show up as the expert in what you do. I’ll bet it’ll either end way too soon or go way too long because the prospect will be the one leading the conversation.

Worse, you will most definitely achieve the result you fatally predicted – you won’t help her move toward the result she wants for her life.

Even though that example is a phone interaction, I can tell you that, yes, the energy-result connection occurs when sending an email. It can be felt even through the virtual realms. I’ve witnessed it firsthand.

Like so much in life, the first step to solving a problem is awareness.

You can’t fix or make better that which you can’t see or don’t know about.

Watch the thoughts that you’re thinking and the energy that you’re stepping into as you approach situations in your world.

Do you feel like you’re just going through the motions? Merely checking the box? Giving a half-hearted attempt? Would just like to get the conversation over? That’s going to be felt by the recipient.

On the flip side, you have the power to lift up the energy in interactions where the other person might be bringing things down. Just like a smile is contagious, so is high-level energy.

Once you notice that thought, you can work to shift into better-feeling thoughts that feel just as true or perhaps truer.

When you fully step into your leadership energy, own your side of the equation and show up 100%, then it’s time to surrender and let go.

Knowing you were all in and present as the leader, expert, badass business owner that you are, you also take yourself out of victim mode when something doesn’t go as planned.

Instead of the response to that sales call you took knowing that you “can’t help her” being a “see, I knew it!”, you change the internal narrative.

You might still not work with this person, but it won’t be because you had a self-fulfilling prophecy.

You’ll be confident that you fully showed up and it wasn’t a fit for you two to work together. It’s a simple, clean “no”. No drama attached.

I’m continually stunned by how much we get in our own way in a myriad of places in our lives.

Let’s take this one instance off our plate and become the leaders we were meant to be.

Photo by Amy Hirschi on Unsplash