Notice: Function add_theme_support( 'html5' ) was called incorrectly. You need to pass an array of types. Please see Debugging in WordPress for more information. (This message was added in version 3.6.1.) in /home/customer/www/lindsaygomez.com/public_html/wp-includes/functions.php on line 5831
 It Took Me 3 Decades to Realize This – Lindsay Gomez | Management + Consulting
Close 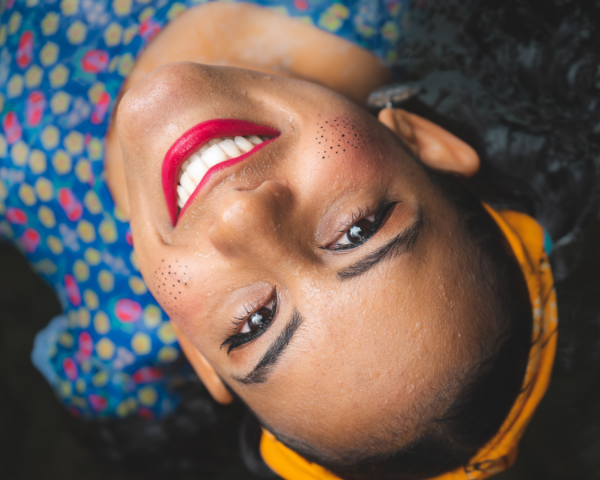 Over the weekend I was hit with the flu.

You name it – fever, headache, body aches, cough, congestion. I lost my appetite AND my voice.

I spent Saturday and Sunday in bed with Netflix, orange juice and medicine.

I was grateful that I could take the pills without a problem.

For my 7-year old self, that was so not the case.

While I was laid up in bed, I remembered a time when my family drove to the west coast on a road trip. That’s eight people in a van driving from Chicago to California and back over the course of two whole weeks.

It was one of the best times in my life.

Until we arrived in San Francisco and I got sick.

It was a slight cold and with it being summer and me not getting sick often, we didn’t pack children’s cold medicine with us.

So my grandpa tried to give me one of his adult aspirin.

But this was the late 80’s, before most pills were in easy-to-swallow caplets or coated in a sugary outer layer.

And I could not swallow the dang pill.

Each time I put it in my mouth, it was so chalky and medicine-y tasting. And it started to disintegrate.

My grandpa was so sweet in trying to help me swallow the pill through coaching and lots of water.

But it wouldn’t work.

At this point, I was a sick, tired, little girl who now couldn’t take her medicine.

So he did what anyone else might think to do, crushed up the pill and put in a glass with some water and told me to drink. That wasn’t any better. It was much worse, actually.

I don’t remember the resolution of that story, how I actually took the medicine.

But what I do remember was how fiercely I held on the thought that I couldn’t swallow pills.

For years after, I told myself that when I was sick, “I can’t swallow pills. I physically just cannot do it.”

When I’m sick and I need to take some medicine in pill form, it’s simple. Not even an extra thought is given.

Am I physically so different all these decades later?

While it’s true that I was a child then and now I’m an adult, I believe what really changed was my thought around it.

I no longer hold onto that thought that doesn’t serve me.

At some point between then and now, I was sick and it was more painful not to overcome my “I physically can’t swallow pills” story. Because I wanted a different outcome. I wanted to heal myself.

I can see where this similar scenario plays out all around us, when we think it’s an outside force or a physical limitation that is keeping us in a less-than-stellar place.

It’s easier to point to that other thing as the barrier to the result you want.

What if you took another approach, put on your curiosity hat and asked:

Photo by Miguel Bruna on Unsplash