Notice: Function add_theme_support( 'html5' ) was called incorrectly. You need to pass an array of types. Please see Debugging in WordPress for more information. (This message was added in version 3.6.1.) in /home/customer/www/lindsaygomez.com/public_html/wp-includes/functions.php on line 5831
 How to Clean Up That Mess of Shoulds – Lindsay Gomez | Management + Consulting
Close 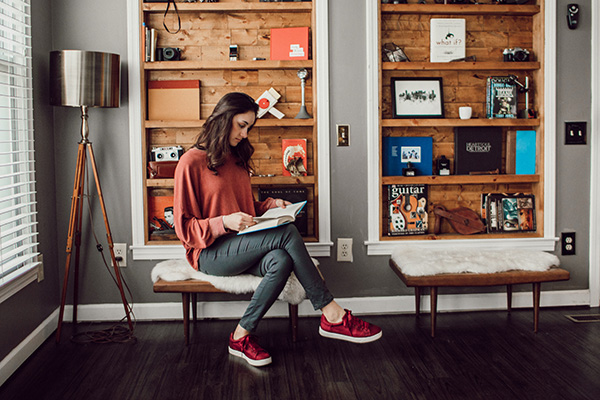 I was recently asked for a book recommendation.

But the person wasn’t looking for the regular old standbys, like Good to Great or The 7 Habits of Highly Effective People or The Four-Hour Workweek.

They were looking for a book that’s helpful, practical, inspiring AND that most people haven’t read yet.

I thought it was an interesting angle for this type of question.

Usually, when I’m asked for a book recommendation, it includes business-specific questions like, “What’s the best book for productivity?” or “What book should I read to get better at business strategy?”

For this intriguing approach, my answer – Sacred Choices, by Christel Nani.

The title is very deceiving. It almost sounds like a bodice-ripper, no?

I promise you, it is not.

It came to me at a time when I felt unbelievably stuck in my life.

Every day, I felt like a prisoner to an unseen force guiding me in the opposite direction of where I knew I was meant to travel.

Life was just happening to me.

Well, I admit that during that time I became a really miserable person.

I crushed my professional goals, but people I worked with were terrified to even talk to me because I swirled about in such a huge cloud of anger.

Yep, that was me about four years ago.

Holding tightly onto so many limiting beliefs, I could have filled the library in Beast’s castle if they were to be shown in print.

And then, I hired a life coach.

It truly was life-changing.

Because she introduced me to Sacred Choices and the idea of limiting beliefs.

You know, those beliefs that you hold true as fact but you have no idea where they came from, why you have them at all and could never be proven in a court of law beyond a reasonable doubt, and worst of all, they feel like absolute crap.

Yep, everything from how you see other people to the judgments you make to what you think you “should” be doing in any given situation.

No one is immune to them and they end up causing a lot of internal friction.

For me, I held dear the belief that “people with money are greedy.”

As a business owner trying to make money in her own business, this was a problem.

How could I really allow myself to do the things I needed to do to make money I thought I wanted to make if I was opposed to what that money would mean for me as a person.

My inner voice was telling me…

… I should be making more money because that’ll mean I’m successful.

… I shouldn’t make too much money because then I’ll be seen as greedy.

… I should raise my rates because of the value I bring to my clients and the leaps and bounds they’re growing by.

… I should keep my rates low then clients won’t think I’m selfish and only concerned with my own business.

It was a whole mess of shoulds.

My money story was all sorts of backwards and sideways.

And this book was the game-changer for that line of thinking.

It shone the light on what was really happening and gave me the world’s biggest AHA moment (well, in my world, anyway).

It helped me to understand where I was holding myself back.

Where I was saying “yes” to opportunities  in my business when I really wanted to say “no”.

And where I was saying “no” where I wanted to scream “YES!”

Now, that internal friction doesn’t hold so much weight. It doesn’t keep me locked in place.

When I feel it, I actually get excited, like “oh, there’s one more limiting belief we’re going to bust through today.”

And each time, I come out a stronger, more confident business owner and person on the other side.

Where might you have the power to make a different choice about what you believe for your business (and don’t realize you do)?

Photo by Katy Belcher on Unsplash