Notice: Function add_theme_support( 'html5' ) was called incorrectly. You need to pass an array of types. Please see Debugging in WordPress for more information. (This message was added in version 3.6.1.) in /home/customer/www/lindsaygomez.com/public_html/wp-includes/functions.php on line 5831
 Here’s Why People Will Pay You – Lindsay Gomez | Management + Consulting
Close 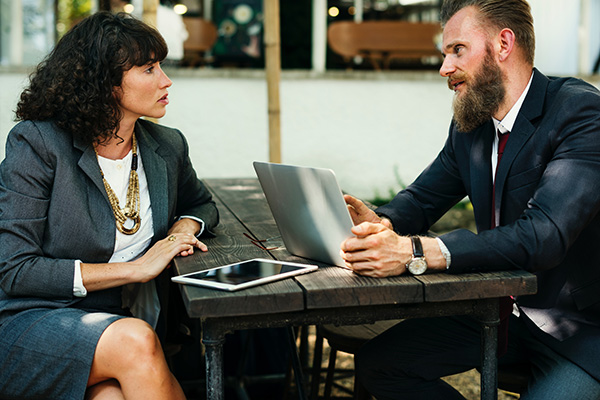 I hear it a lot… “People won’t pay for that. Why would they pay to talk to me and have me coach them?”

There’s always a hint of doubt in their voice when talking about their coaching work.

They don’t believe someone would willingly seek them out, ask to work with them, and pay them money.

Let me tell you – THEY WILL!

Recently, I was at REI with my husband.

He was in search of a new pair of sunglasses. He did his research and knew almost exactly what he was looking for.

All that was left was to try them on and make a decision.

And that’s exactly what he did… until he couldn’t decide.

He liked both pairs.

They were similar but still different.

And both looked great on him.

So I asked him which he preferred.

He said, “I like them both, but these have a more ‘fun’ feel, but the others feel so light [in weight].”

“Ok, that’s great!” I said, “Are you going for ‘fun’? Or weight? What’s the purpose of the second pair of sunglasses?” was my question back.

This continued on for a few back and forths.

And then he said it, “I really just want a more neutral pair since my other sunglasses are so bright.” (note to you, dear reader – they’re dark frames with a red-orange mirror lens, quite eye-catching.)

There we had it – to accomplish what he wanted, he actually needed to buy the less ‘fun’ pair and the weight of the glasses was ultimately not a factor.

He couldn’t see it though, and through my targeted questioning, good listening, pulling out the words he was saying and reflecting it back, he felt so sure of the decision, not cajoled into one item or the other, or worse, walking away with a sense of confusion and frustration.

He had the power in this buying decision.

He was extremely grateful to have this conversation, too.

Or last weekend, while at a retreat, one of the coaches was able to talk out the work she did in an exercise and totally nail it in 30 minutes.

And this is something that takes other people weeks to dial in when they’re working by themselves or only getting written feedback.

Something magical happens when we speak and others listen.

Talking it out in real-time is invaluable (but please put a price on your work so you get paid 😉).

The flow of these exchanges is exactly what happens when I coach clients… and I’m betting it sounded extremely familiar to you, too.

That’s how I know there will always be people willing to pay you for your services.

It’s only a matter of finding them. Where are you going to look next?

Photo by Raw Pixel on Unsplash