Notice: Function add_theme_support( 'html5' ) was called incorrectly. You need to pass an array of types. Please see Debugging in WordPress for more information. (This message was added in version 3.6.1.) in /home/customer/www/lindsaygomez.com/public_html/wp-includes/functions.php on line 5831
 Meet You, version 2.0! – Lindsay Gomez | Management + Consulting
Close 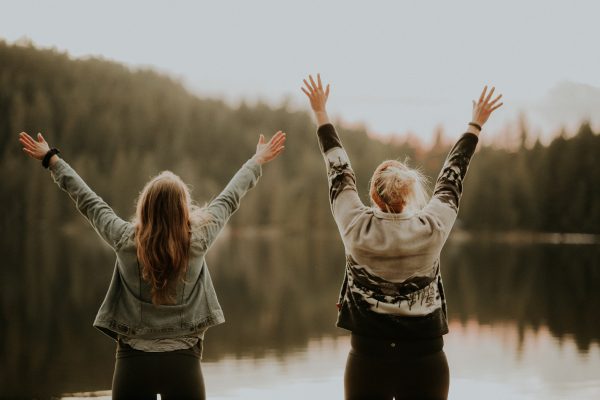 So I talked it out with my coach and she asked, “What’s different about this next version of Lindsay?”

Whoa, in almost an instant, I was no longer terrified. I had the direction I needed.

So I used 2018 to get to work upleveling my leadership skills, doing things like taking on new roles on client teams, reading oodles of leadership books, going through Seth Godin’s altMBA program.

I also dove headfirst into figuring out what clothes and colors worked best for me. Those items that I felt joy wearing. (At this point, I need to tell you that this isn’t the norm for me – I’ve never considered myself “in” to fashion.)

I was becoming Lindsay 2.0.

At the end of 2018, I was promoted on two client teams into higher management and leadership roles, found a totally new level of confidence and had a fun wardrobe, too.

Now, here we are and I’m undergoing another large metamorphosis.

Having just been through it, I knew the soul niggle well, and shared it with my coach.

And my coach asked me, “What’s different about the next version of Lindsay?”

I paused for a few moments, and then said, “Well, she’s got much better communication skills and… she gets out of her own way.”

Again, just clarifying the myth I was building up in my head around who Lindsay 3.0 is actually helped to stop putting her on an unreachable pedestal.

Now, I’m working on how I communicate with people to make it even better, sharper, more empathic when needed, more direct when needed, getting really good at praise and criticism, knowing when to be silent and give space and when to share my voice.

And, I’m unpacking the Surrender part of it, like I mentioned last time, to get out of my own way and stop trying to plan every millisecond and know ALL.THE.THINGS in advance.

I’m learning to trust that I’ll know how to figure it out, whatever “it” may be, when the moment happens.

You see, in order to do things we’ve never done before, like build a 9-month waitlist, hit mid 6-figures, and hire a team of coaches, we’re going to have to become different people.

Because the You of today and now is going to learn and grow along the way.

Might as well know where those growth areas are ahead of time.

And think about as if you’re still at a 9-5 – if you were to get promoted, it would be because there is great potential for you to gain all the skills and knowledge to rock out that new role.

If you already possess all that the new role needs, you should really be in the role one level higher.

Who do you have to become to reach the next level in your business?

Post below – I’m on the edge of my seat waiting to hear more.